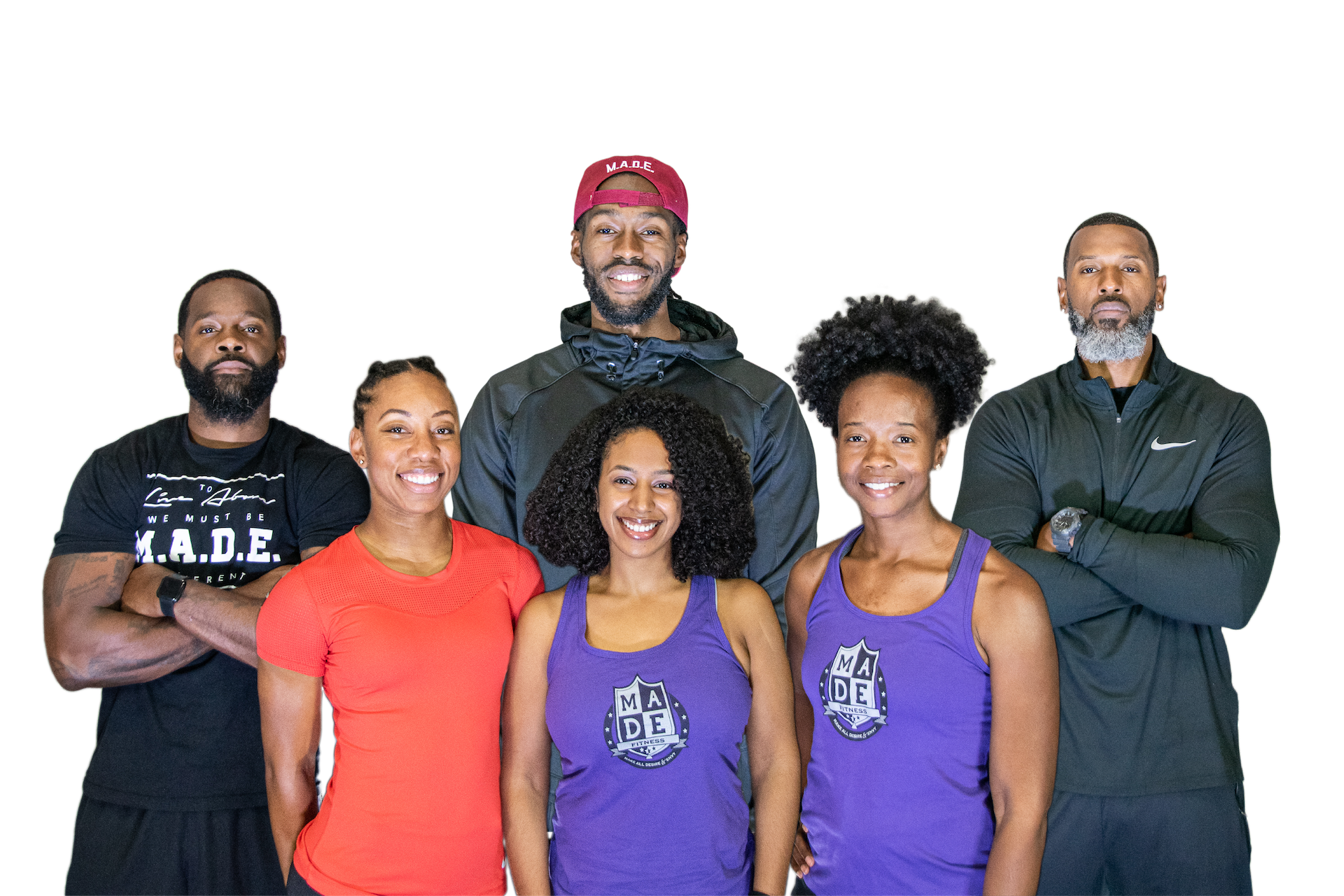 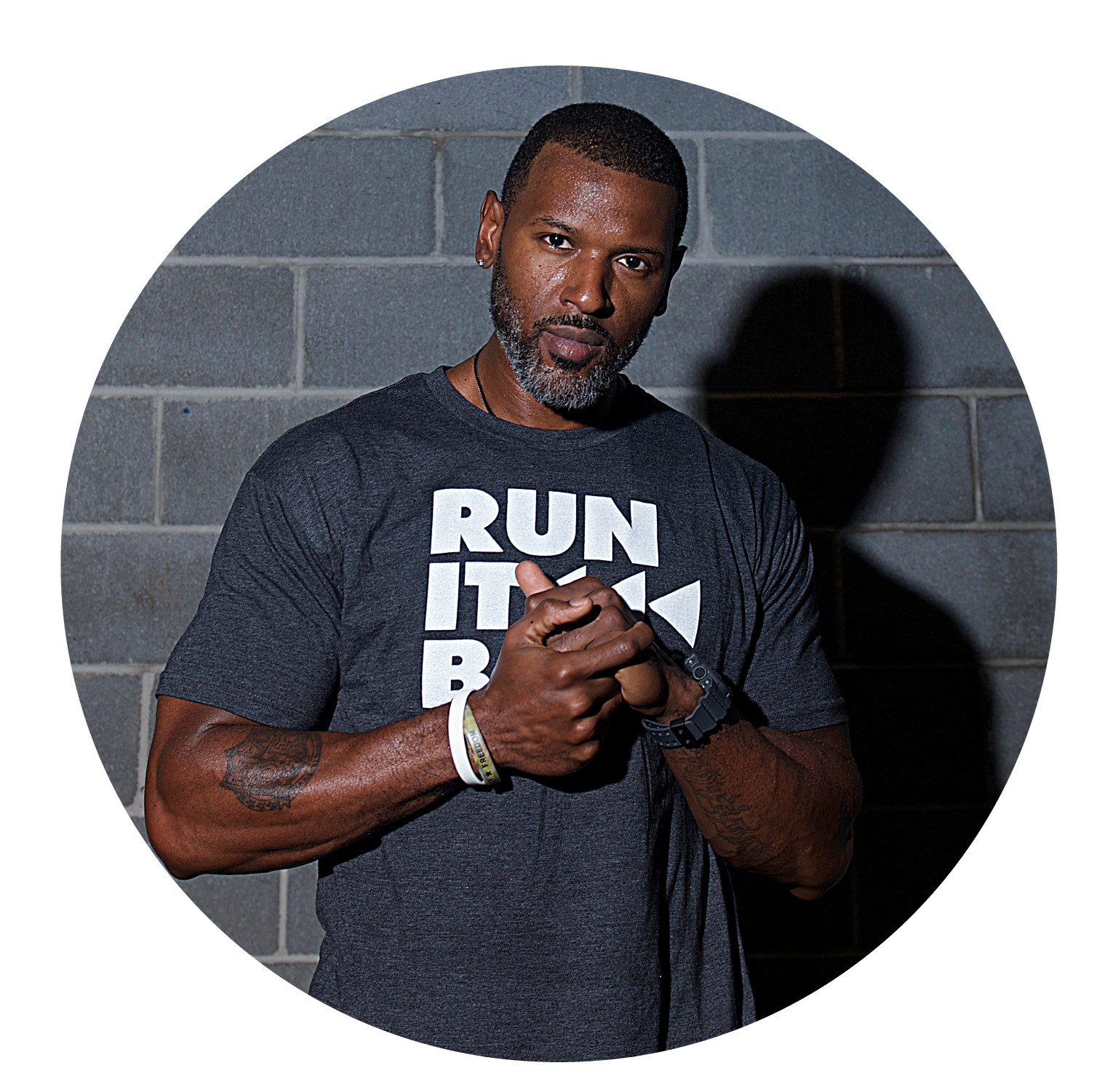 Bronson Colbert, is from Nashville,TN and is Co-Founder and Co-Owner of M.A.D.E. Fitness Gyms.

He is a former collegiate basketball player from Columbia State. Certified Core Condition Specialist through the National Exercise and Sports Trainers Association (NESTA ), he has been a personal traininer since 2008. Bronson got  his start at Urban active,  where he quickly became one of the most requested and respected trainers on the staff.

His love is for helping others reach their fitness goals. He is a self trained  former NPC Men's Physique Competitor, and prep coach. He placed top 3 twice in the Jr. Nationals and top 4 in Nationals. Bronson works with many athletes from many different sports. 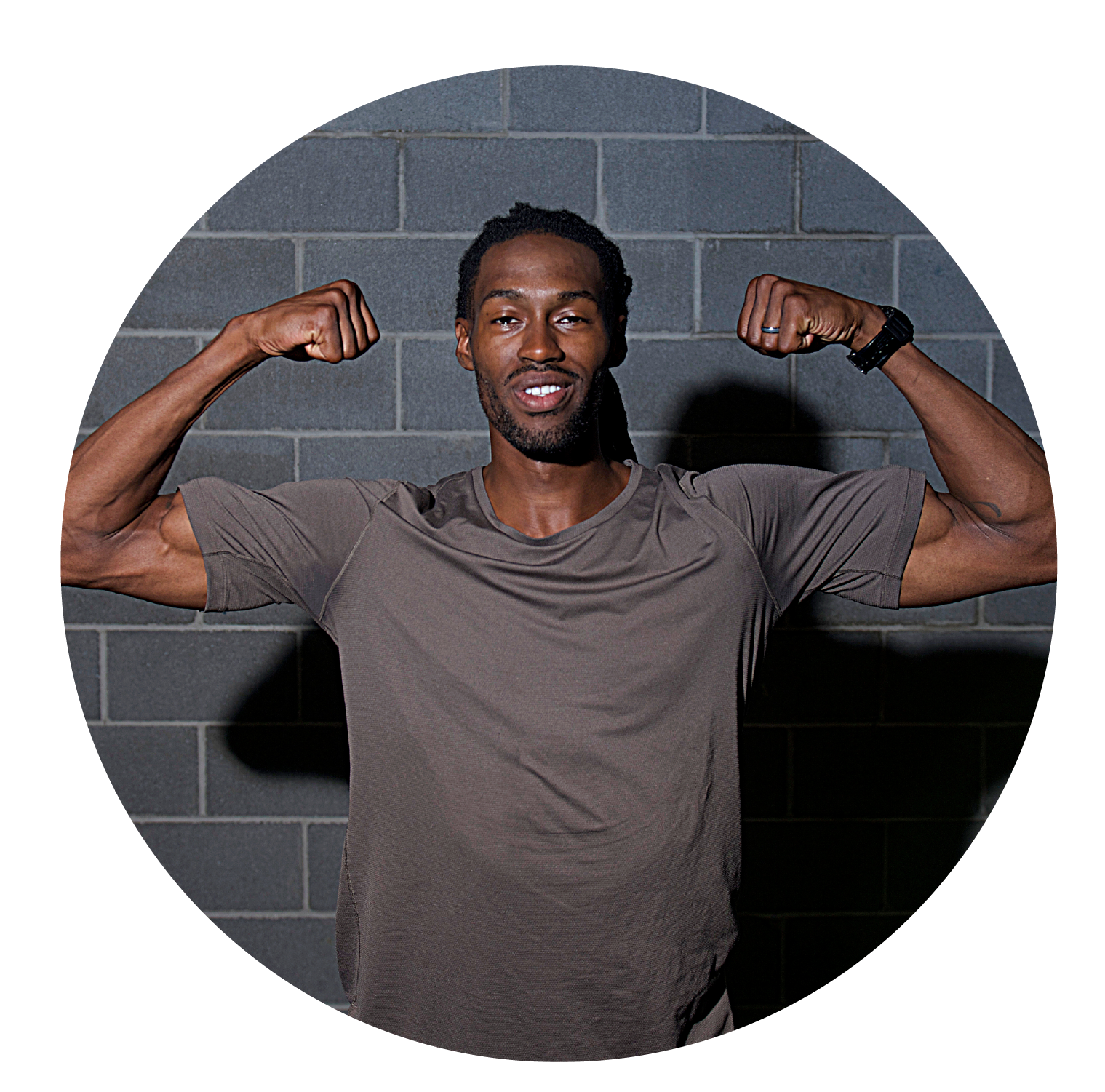 Nate is a certified personal trainer (CPT) in the Nashville area by way of Memphis, TN. With over 10+ years of experience in the fitness industry, he has an extensive background from training amateur and professional athletes to everyday professionals and entry level fitness enthusiasts. As a lifelong athlete, his speciality is teaching applied strength and functional movement.

A graduate of Middle Tennessee State University, Nate started his career as a personal trainer and fitness programmer at the campus recreation center. From there he transitioned to an independent trainer, where he joined up with Omar and Bronson in 2011 as a part of M.A.D.E. Fitness. In 2015 he became a partner in the business and now manages operations and day to day actions. His specialties are sports specific training, strength and conditioning, and helping people make a lifelong commitment to a healthier lifestyle. 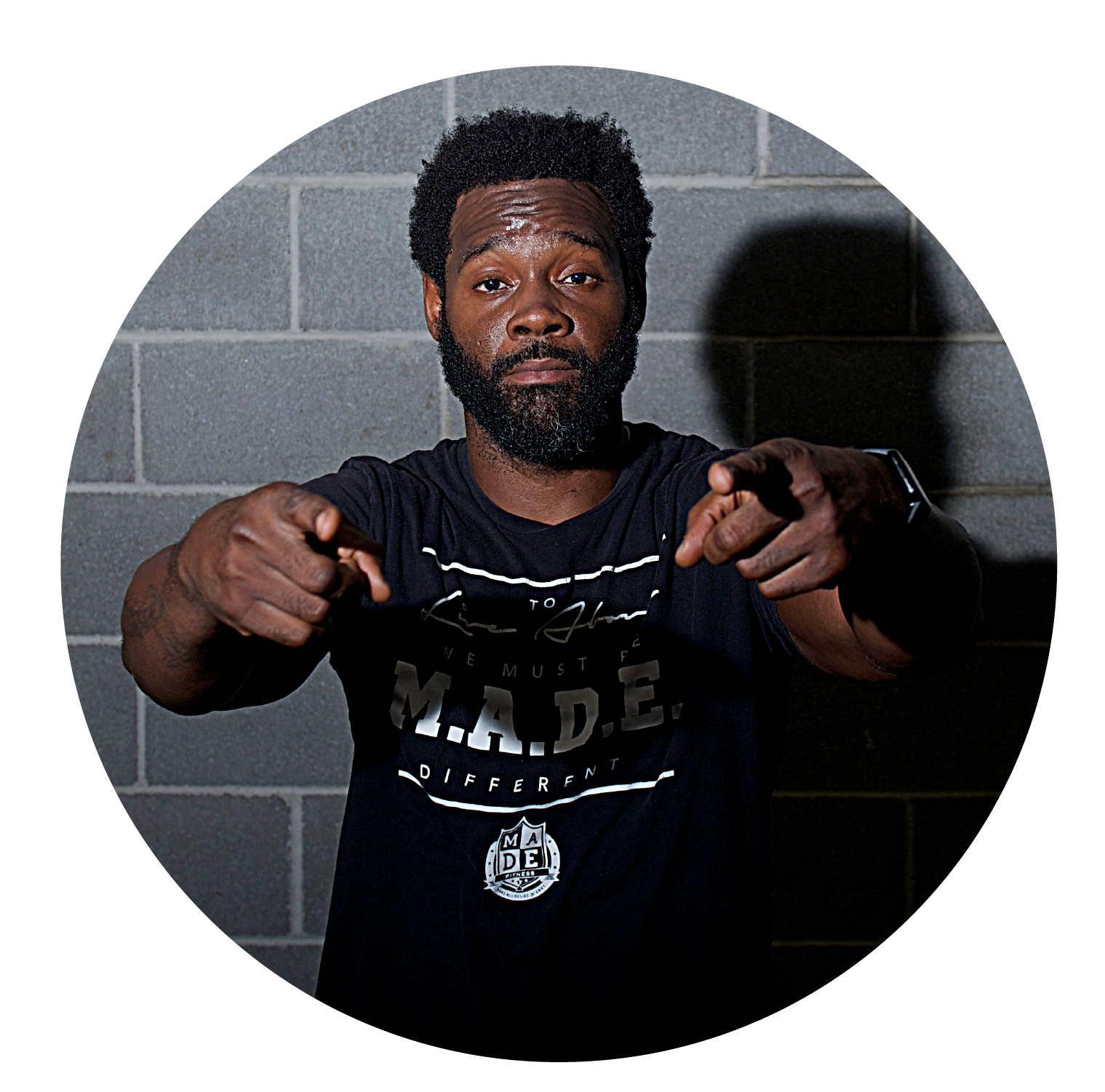 •Omar N. Edwards Co-Founder/ Co-CEO of MADE Fitness is from Queens, NY by way of Colon Providence Panama. He earned a scholarship and played football for Cumberland University where he was a Defensive Back. He attained a Bachelors degree in Physical Education with a Minor in Coaching.
• He graduated in 2007 began freelance training in 2008 and in 2009 he started training at Urban Active where he met Bronson Colbert. After becoming the Head Trainers at Urban Active Bronson and Omar decided to venture off to pursue their cultivated dream of creating the most Innovative and Dynamic Fitness/Wellness Center anywhere, known as MADE Fitness.
• Omar’s style of training is High Intensity and Athletically based
•What he enjoys most about training is seeing how consistent exercise and achievement of fitness goals can positively influence aspects of a client’s life beyond the physical. 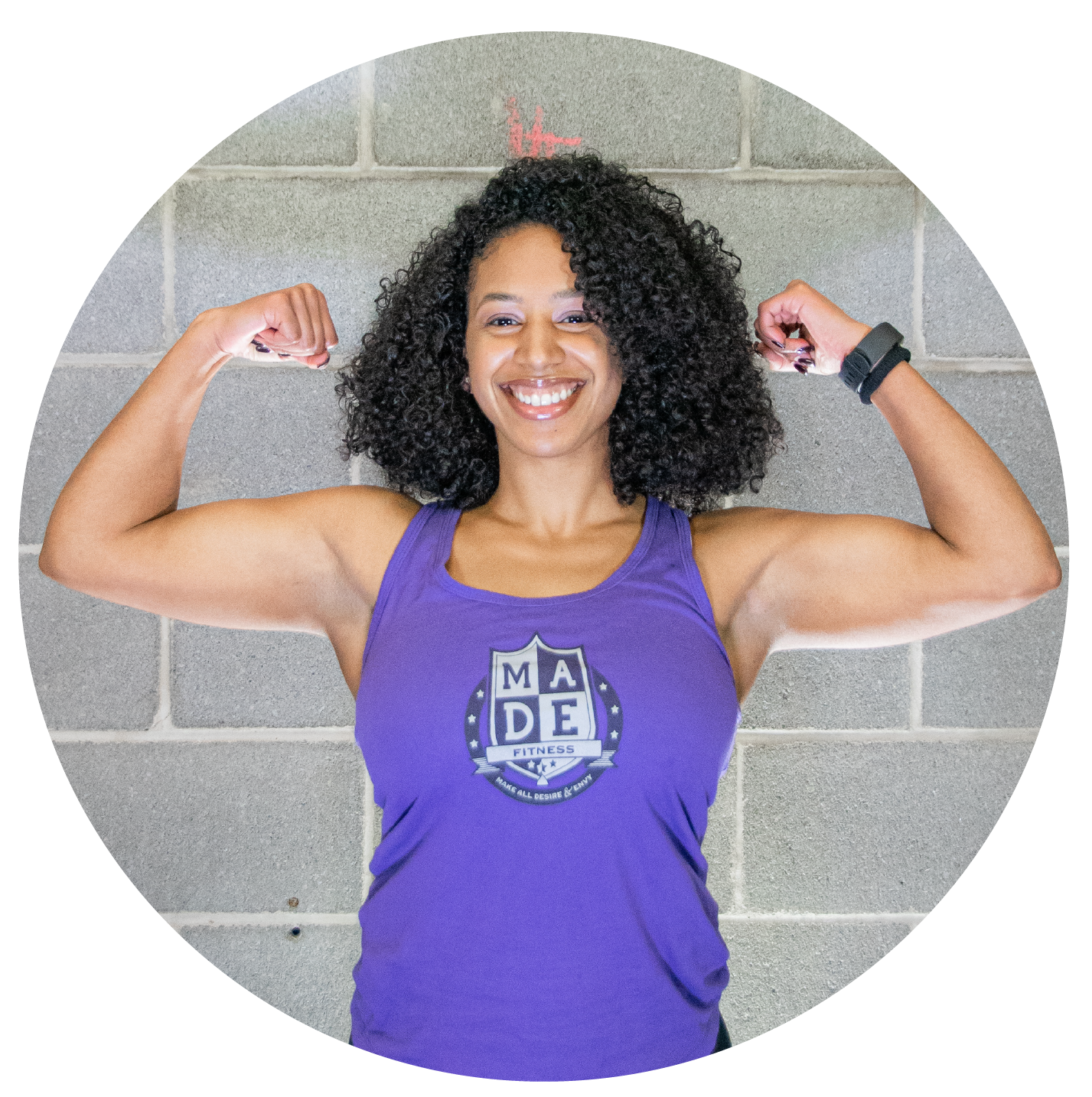 Growing up, I always enjoyed unhealthy foods. My favorites would be bread, sweets, and fried food and fruit punch. By the age of 13, I was borderline overweight and had to get serious about my eating habits. In two months, I lost 30 lbs. I ate healthy and worked out almost every day. During the process, I developed a passion for nutrition and continued to challenge myself to be a healthier me. I became a certified health coach in February of 2018 and now receiving a second Bachelor’s in food and nutritional science from Tennessee State. 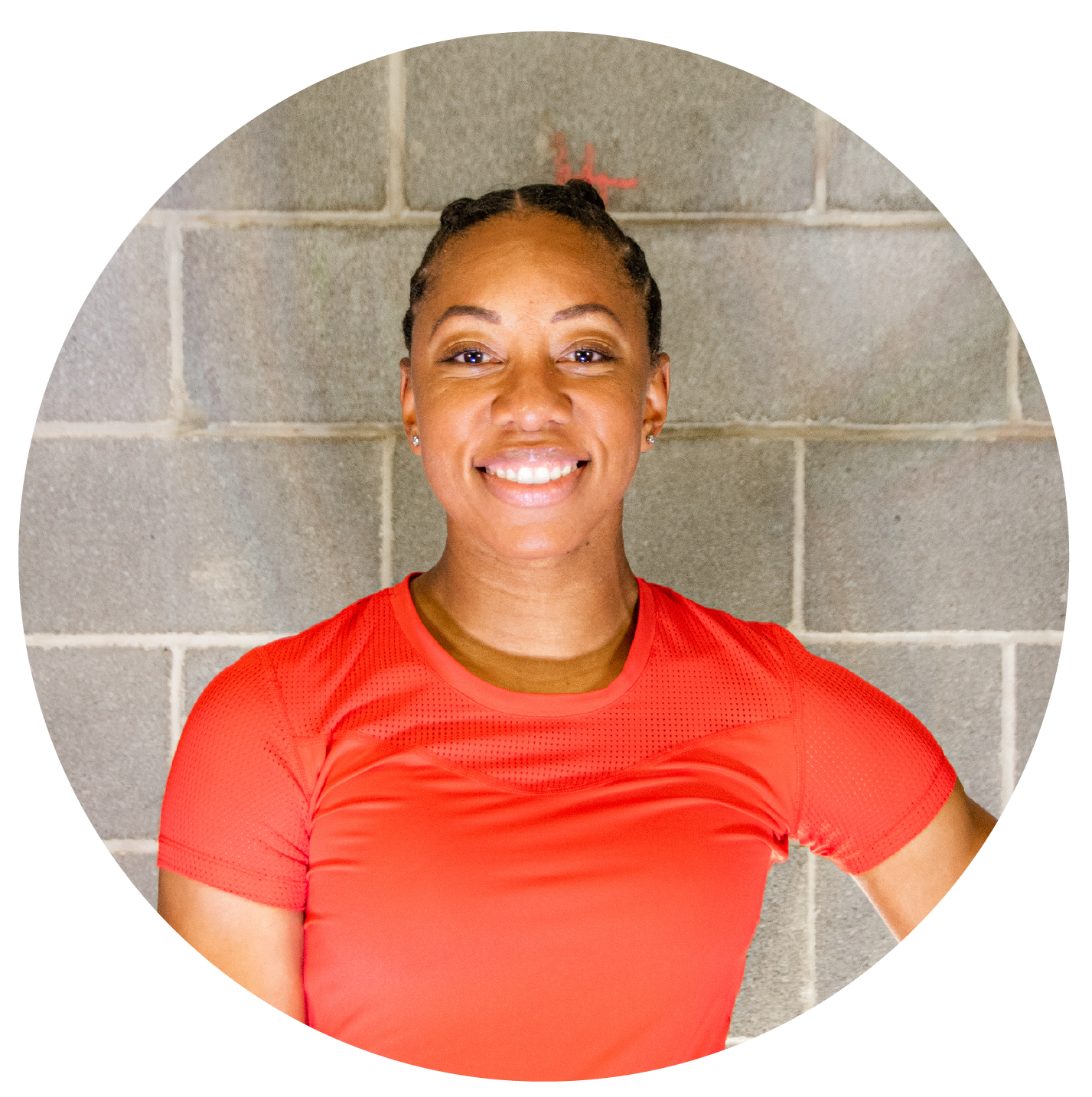 Vicky is a Nashville native, and graduate of Middle Tennessee State University with a BS in Exercise Science. She started her fitness career as a personal trainer in 2009 at Urban Active the home of the 1st M.A.D.E. Fitness boot camp. In 2010, she decided to take her journey to another level and became the Recreational Coordinator at New Visions Youth Development Center. Her main focus was to “help reform pains of the past into future improvement through physical activity.” She saw that the student’s lack of knowledge in exercise and nutrition were attributing to their weight gain and depression.  This passion to better and empower others continued after her return from Kuwait in 2013. In 2018 she was able to complete her personal goal of becoming a certified yoga instructor. She obtained her 200hour certification through Empower School of Yoga. Since she has been able to start Yoga w/ V. Through this practice her focus is for self-care and preservation, mental, physical and emotional growth. Remembering Always:Be Purposeful in every action.Truthful in the words you speakAnd let everything be Intentional. 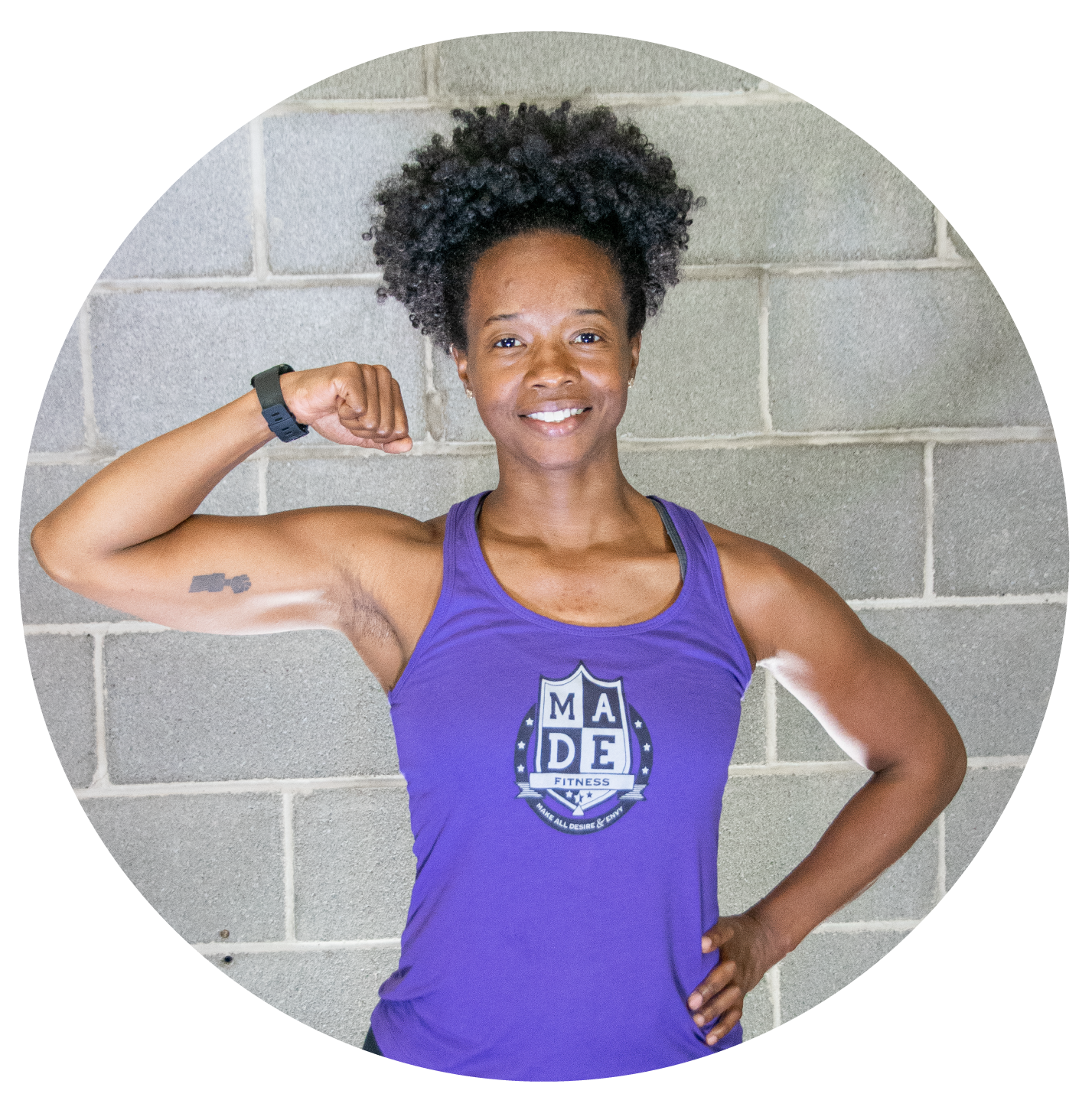 Adrienne is a certified personal trainer from Nashville, TN. She began her fitness journey as a client at MADE Fitness in 2009. During that time, she discovered her passion for fitness as well as helping others meet their fitness goals. June 2014 marked the beginning for her personal training career. She has been personal training and leading boot camps at MADE Fitness ever since. She prides herself on making her training sessions fun, yet challenging and effective. A graduate of Tennessee State University, Adrienne is also a Family Nurse Practitioner. Her medical background and love for health and wellness has enriched all aspects of her life. She believes that optimal health is a journey and there are not quick fixes. Adrienne aims to educate clients, help them obtain positive behavior changes, and create lifelong health habits.

Thank you! Your submission has been received!

Oops! Something went wrong while submitting the form